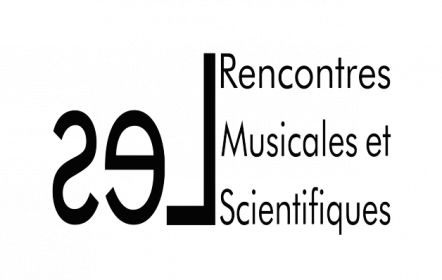 Léo Margue made his first orchestral experience playing in the Center Region Harmony Orchestra, conducted by Philippe Ferro. He joined the National Conservatory of Music and Dance of Paris in 2013 in the class of Alain Altinoglu. He takes part in the Master-Classes of David Zinman, Mikko Franck and Paavo Järvi with the Orchester de Paris, the Radio-France Philharmonic Orchestra and the Orchester National de Lyon.

Interested in pedagogy and transmission, he holds the State diploma of pedagogy in direction of instrumental ensembles and directs in 2017 the youth orchestras in the program El Sistema in Caracas as part of an educational trip organized by the CNSMDP. During the 2017-2018 season,

Léo Margue was appointed assistant conductor of three partner orchestras: the Île-de-France National Orchestra, the Lille National Orchestra, and the Picardy Orchestra. In 2019, he conducts several concerts in the musical season of these orchestras and is also guest conductor at the Symphony Orchestra of the Toulon Opera. In the studios of Radio-France, he registers with the whole l'Itinerire and collaborates regularly with the ensemble Tm+.

Having started his musical career at the Conservatory of Troyes where he learned the violin before turning to singing, Gabriel Bourgoin then began to train in conducting and choir to double degree in the Conservatories National Superiors of Paris and Lyon with Alain Altinoglu and Nicole Corti. Throughout his career, Gabriel Bourgoin has enriched his experience during many master classes, workshops and workshops, as assistant conductor (Besançon Franche-Comté Youth Orchestra, Paris Academy of Music, "Choir à cœur" project, children of Europe "with Georges Pehlivanian) or at the 8th International Competition of Young Choir Conductor organized in Turin in June 2015 where he was a finalist. He is invited to conduct the Colonne orchestra, the Paris Peacekeepers orchestra, the Mulhouse orchestra, the Avignon orchestra, the Amsterdam Opera choir and the singing choir. Akademie de Zurick.

Aware of the auditive risks of the music profession, Gabriel has been involved with AuditionSolidarité since 2012 as an ambassador. As such, he participates in various events (congresses, concerts, preventive actions), pays particular attention to the auditory comfort of the musicians with whom he works and raises awareness among the audiences he is performing. Since September 2016, he is assistant of the Young Symphonic Choir of Lyon with Nicole Corti.

A graduate of the Conservatoire National Supérieur de Musique de Paris, Mathilde Rossignol followed the teaching of Élène Golgevit. In international exchanges, she also trained with Marianne Rorholm at the Royal Danish Academy of Music in Copenhagen. Also an actress by training, Mathilde naturally turns to opera and puts her voice to the service of scenic interpretation. Her repertoire ranges from transvestite roles at HAENDEL, MOZART, MEYERBEER, GOUNOD, to female characters like Dorabella in Cosi fan Tutte, Conception in L’Heure Espanol or Rosine du Barbiere di Seviglia. In 2015, she interpreted the roles of Maddalena in Il viaggio a Reims by ROSSINI, and of Ursule in Béatrice et Bénédict by BERLIOZ at C.N.S.M.P. Mathilde regularly performs in recitals of melodies and Lieder, exploring in this context the border between lyricism and theater, scholarly and popular music (She works in particular with accordionist Sven Riondet, with whom they form the duo Hamyndhanur).

A classic revelation at ADAMI 2015, Fabien Hyon is also the 2017 HSBC Laureate of the Aix-en-Provence Festival. A graduate of the CRR of Clermont-Ferrand, he joined the CNSMDP in 2011 in the class of Malcolm Walker and obtained the Master degree there in 2016. He is currently improving his skills at the Queen Elisabeth Music Chapel with José Van Dam. He sang in particular under the direction of Fabio Bonizzoni, Leonardo García Alarcón, Christophe Rousset, Kaspar Zehnder, Arie Van Beek, Wolfgang Doerner, David Reiland, Stéphane Denève, and on the stages of Wigmore Hall, Snape Maltings, Théâtre des Champs- Elysées, Théâtre du Châtelet, Grand Théâtre du Luxembourg, Théâtre Gérard Philippe, Athénée-Théâtre Louis-Jouvet, Philharmonie de Paris, Lille Opera ...

Attracted by the contemporary repertoire, in 2013 he created Christmas melodies Lee and Patrick Burgan with the pianist Yoan Héreau. Subsequently he created the characters of Rilke in Mitsou, story of a cat by Claire-Mélanie Sinnhuber, Harry in Kamchatka by Daniel D'Adamo, Telemachus in L'Odyssée by Jules Matton, Thésée in Ombres du Minotaure by Michèle Reverdy or still very recently Nestor in Les Bains Macabres by Guillaume Connesson. In 2019, he participated in the recording of Isis de Lully with Christophe Rousset - Les Talens Lyriques. The production has just been named in the "rediscovered work" category of the International Opera Awards 2020. He explores the world of melody and lied alongside pianists Juliette Sabbah, Michalis Boliakis and Nicolas Royez with whom he gives several recitals. Next season he will play Dickson in La Dame Blanche de Boieldieu with La Co.operative, touring the operas and theaters of Compiègne, Quimper, Rennes, Tourcoing, Dunkirk, Besançon and Amiens. Fabien Hyon is currently artist in residence at the Théâtre Impérial de Compiègne.

She has been thus programmed in numerous festivals (Jeunes Talents au Petit Palais, festival du Perigord Noir, les Estivales de Tresseroux, Pierres lyriques, Clavicordes…) and collaborated with the Orchester de Paris as well as numerous ensembles (Les Possibles, Mazeppa , Adelys quartet…) as well as with renowned actors (Brigitte Fossey, Serge Ridoux, Yves Pignot…). In 2015, she was a soloist in the Mass in Ut by MOZART at the Opéra Théâtre Grand Avignon, under the direction of Samuel Jean. In May 2016, she will perform successively HAENDEL's Messiah and PALMERI's Misa Tango, the latter under the direction of Etienne Lestringant.

Iégor Reznikoff is thus a specialist in ancient and medieval resonance but also in resonance in caves decorated with the Paleolithic and, moreover, in modern buildings: by this work, he owes him the notion of architectural sound heritage. Hearing it in a great Romanesque or Gothic resonance is an unforgettable musical experience. Invited to numerous international festivals of early music and music of oral traditions, Iégor Reznikoff has given concerts in most European countries as well as in the United States and Japan. Professor at the University of Paris, he has taught and still teaches in several prestigious conservatories but also in many religious communities. He had the honor of singing for the Dalai Lama (Zurich 1991), in Shinto ceremonies for the millennium celebrations (Kyoto 2000), as well as in exceptional sites such as the Temple of Apollo at Delphi or the Saint Basil François in Assisi.

A specialist in ancient art and music, Iégor Reznikoff gave his first concerts in the field of ancient Christian song in 1975. Today world famous, his then fundamentally new interpretation of these songs, as well as his theoretical and historical works , have since greatly influenced the evolution of the understanding and interpretation of ancient song and in particular Gregorian chant. We owe him above all the revival of the great solo song that he developed in all its splendor. His approach to ancient song is rigorously based on ancient manuscripts and neumatic notation, on the comparative listening of the great related spiritual oral traditions and above all - and this work remains unique until now - on the right intonation antique ranges, in particular in the natural resonance of the buildings, giving back to the architecture of ancient churches its essential contemplative dimension.